Sea-thru: A Method For Removing Water From Underwater Images 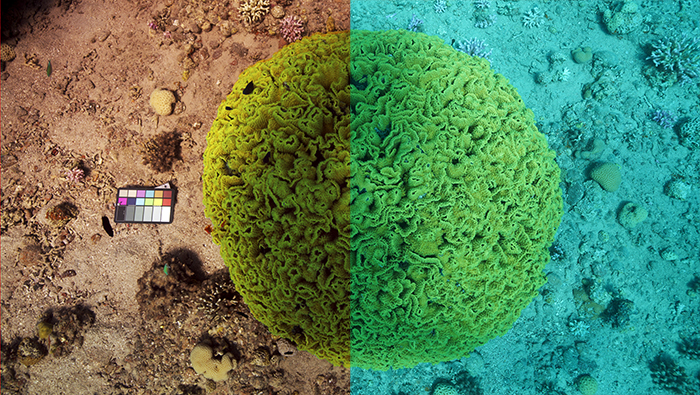 If you think that removing water from underwater images is made with a bucket, you’re far away from the reality ! Two scientists from Haifa University have publish an article about a new algorithm named Sea-thru.

Scientific research in image optimization is still very active. Two researchers sign a paper that could revolutionize the processing of underwater images, the Sea-Thru method.

Robust recovery of lost colors in underwater images remains a challenging problem. We recently showed that this was partly due to the prevalent use of an atmospheric image formation model for underwater images and proposed a physically accurate model.
The revised model showed:

1) the attenuation coefficient of the signal is not uniform across the scene but depends on object range and reflectance.

2) the coefficient governing the increase in backscatter with distance differs from the signal attenuation coefficient.

Here, we present the first method that recovers color with our revised model, using RGBD images. The Sea-thru method estimates backscatter using the dark pixels and their known range information. Then, it uses an estimate of the spatially varying illuminant to obtain the range-dependent attenuation coefficient. Using more than 1,100 images from two optically different water bodies, which we make available, we show that our method with the revised model outperforms those using the atmospheric model. Consistent removal of water will open up large underwater datasets to powerful computer vision and machine learning algorithms, creating exciting opportunities for the future of underwater exploration and conservation.

The film below present the sea-thru method:

The original publication can be downloaded here : http://csms.haifa.ac.il/profiles/tTreibitz/webfiles/sea-thru_cvpr2019.pdf

The method is presented in detail on the page of Haifa University : http://csms.haifa.ac.il/profiles/tTreibitz/datasets/sea_thru/index.html

This site uses Akismet to reduce spam. Learn how your comment data is processed.